6 Android Settings You Need To Turn Off Now

In this article, I am going to tell you about some android settings to turn off immediately. You will never use them, but they are there for some reason. Probably to get you used to more options than actually necessary. So let’s just disable them altogether and go back to the simple life of mobile phone usage. 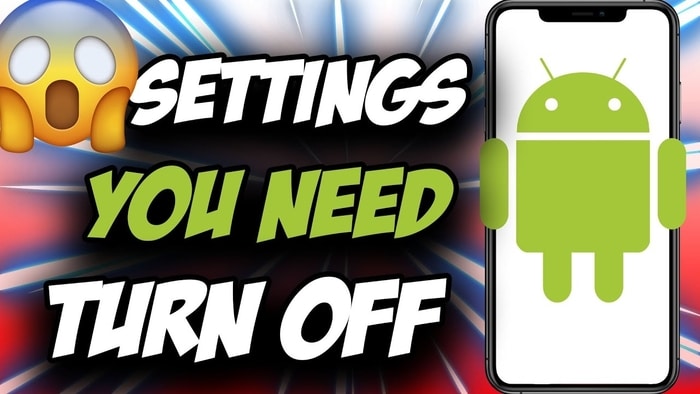 1. CHAT NOTIFICATIONS ON THE HOME SCREEN

This is an interesting one. When you install Facebook, Twitter, Whatsapp your phone by default adds a shortcut to the home screen. And the first time you run those apps it asks permission to send you notifications. I understand that these are usually important for chat-related apps, but there are just too many of them. Also, they pile up on top of each other and one day I had about 14 different apps sending me “look at me first” notifications on my phone. It’s very intrusive and annoying, so the first thing I did was to turn them all off/down to let through only SMS.

This one is also an interesting one. It has nothing to do with the mobile world, but it’s an important one for laptop/desktop users. It basically backups your android phone files to SkyDrive. What the hell would you use that for? That’s just another pointless backup system running in the background because there are tons of them already. The problem is that it runs auto-backup every time you connect to a wifi network! And trust me when I say “you will connect to a lot of networks while using your smartphone”.

I connected to about 30 networks during my 2 weeks holiday trip and had over 10GB of space taken up by this crap service starting with 5GB free space on my account (which was upgraded from 25MB). So basically within 2 weeks, 40% of my storage was gone due to Skydrive automatic backup running every single time my phone is connected to wifi. That’s just ridiculous, so I turned it off. There are still plenty of cloud storage services out there, but this one is not necessary.

This service comes pre-installed with Android Jelly Bean 4.1 and higher (tested on Galaxy Nexus) and basically, your contacts are stored in Google drive. What does that mean? You can’t edit them easily! When you try to edit a contact for example changing the name the system automatically reverts back changes when you leave the editing screen due to lack of permission to modify files in the Google Drive app folder! It only works if you connect your Google account with the Google Drive app, which is completely pointless because you can’t do anything with those files! So just turn it off and use the storage of your normal contact system.

If this option is turned on, every time you receive a message from any of the chat apps (Whatsapp, Facebook Messenger etc) they send an additional notification to all other chat apps installed on your phone asking them to respond too! That’s actually really annoying and distracting. I noticed myself reaching for my phone and agreeing to whatever some random friend was saying in order not to be pestered again by this kind of message. Such as “I’m here!” or “What are doing now?”, especially when some of your contacts use dozens of chat apps (my brother uses like 20). Not to mention that it drains the battery like hell. Just turn this option off and enjoy life without unnecessary distractions!

This is an interesting one. When you install certain applications they ask permission to run them on startup. I used to think that these were necessary for certain apps, but it turned out that most of them are just taking up space in memory and running in the background without any real reason! Some examples are:

a) Google Music app – it will start itself even if you don’t use it, so all you need to do is to swipe left on your app drawer and uninstall it.

b) Dropbox for Android – almost the same thing as Google Music because it’s useless without an internet connection. So all you have to do is delete the shortcut from the home screen, which forces dropbox not to run on startup anymore. You can still access Dropbox via mobile browser or desktop client if needed.

c) other “sync” app that runs on startup – just uninstall it or force stop it.

d) Custom boot manager apps – I’ve seen this thing scrolling messages in the background, but after some research found out that this is actually a harmless app made by Samsung to switch between (custom) kernels for overclocking because every custom kernel has its own boot manager. If you don’t overclock your phone there’s no reason to keep this thing running on startup!

I really hate any kind of auto backup application for two reasons. One is that they run on startup and take up memory! The other one is that most of them are redundant duplicates of what Android already does by default without a need to install additional apps! So if you want to save space on your phone and have a clean app drawer here’s how to disable them:

a) Google + Auto Backup – Settings > Backup & reset > Back up my data > uncheck “Backup account” and voila! No auto-backup anymore. If you use this service for some reason just turn off automatic backup in Google+ settings.

b) Google Play Store auto-updates – just turn them off. No more updates until you manually check for them in-store!

c) Gmail – if you use Gmail then just disable email sync in Gmail settings, but leave contacts and calendars synced so your phone doesn’t resync when restarted.

d) Android System – if you don’t plan on using any of these apps then just disable their startup service in android system settings.