The Elder Scrolls: Blades – Prove Your Worth in Building

Some of these hallmarks include powerful magic, upgradeable skills, beautiful atmosphere, high console quality, collectible gears, and fantasy battles. Players can operate Blades on mobile devices both in landscape and portrait mode. Also, you can battle by tapping or swiping the screen of the mobile device and with dual-stick controls.

Bethesda Game Studios developed this game and Bethesda Softworks published it. The setting of this game is the fantasy universe of the Elder Scrolls series. The release of the game is set to be late this year. That’s what  Todd Howard said at the E3 2018 press conference. It is slated to be free to play the game for game lovers, but the system of support for the game was not stated at the press conference.

However, other Bethesda studio games like Fallout Shelter have in-app purchases, and so it is most likely that the same will be the case for this game. Though the specifications of this game are for mobile devices, the game will also be available on consoles, PCs, and even virtual reality later in the future. 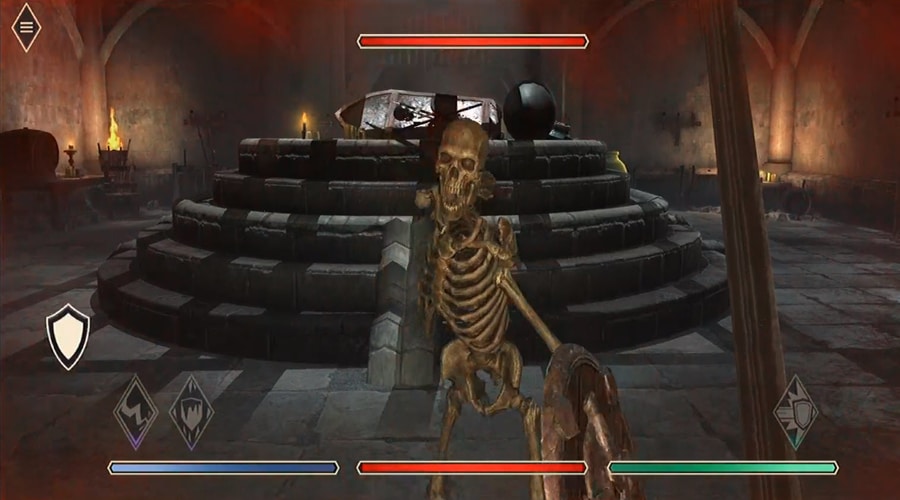 A player assumes the character of a Blade, an Empire top warrior, who returns to his hometown to find it destroyed and in need of rebuilding and restoration. The combat of this game is engaging with dungeons that are generated procedurally and those that are crafted by designers. Players are at liberty to customize the buildings and to enhance the abilities of the character they assume.

There are three gameplay modes in Blades, and they are Abyss, Arena, and the Town mode. While playing in the abyss mode, the player gets an experience that is like that of a rogue. The player tries and attempts to move as far as possible in a dungeon that seems endless. On the other hand, the arena features a multiplayer mode of operation wherein two players engage in combat against each other. The primary mode, which is the town mode, is a hub wherein the player gets new quests, encounters nonplayer characters (NPCs), and moves forward with the narrative of the game.

The game is set in the Elder Scrolls fantastical universe. Each player partakes in the game as a Blade character. A Blade is an elite warrior of the Empire. After being exiled, the Blade returns home only to meet his hometown in ruins. So the main task of the game is rebuilding the hometown.

Given the success of Fallout Shelter, the Elder Scrolls series, and other Bethesda games, it does not come as a surprise that so many people have such high expectations of this game, and pre-registration can be done on Google Play.