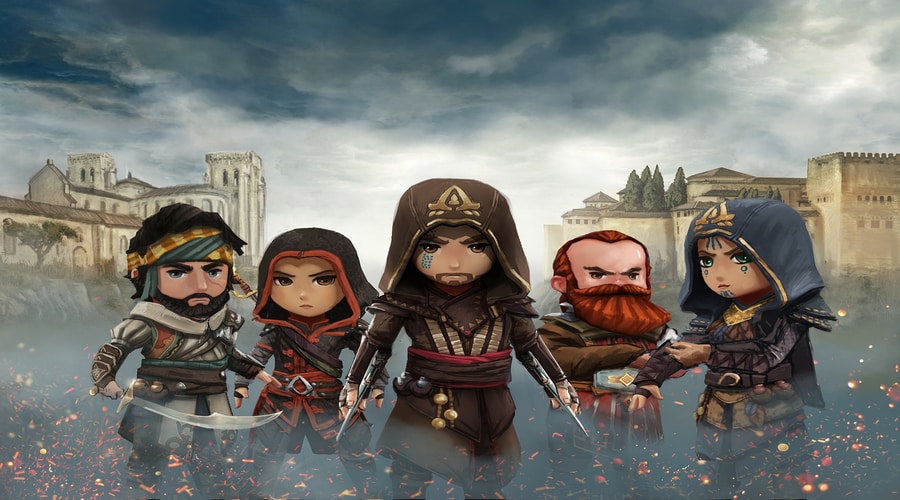 Assassin’s Creed: Rebellion is one of the most anticipated RPG action games for Android. It is said to be a completely new approach to the franchise gameplay enhanced by new ideas that make every mission a delight to play.

The game takes you to Spain when the Spanish Inquisition was at the highest of its power. There are 43 Assassins you can select to play with. Assassins such as Niccolo Machiavelli, Aguilar de Nerha, Shao Jun, Ezio da Firenze, and so on. In addition to them, there are 20 more that can be unlocked through playing, specially created for Rebellion.

The headquarter of the Assassins is where it all starts. Here you can take part in training, and you get to craft new equipment. As you progress in the game your status in the brotherhood is elevated, and you become entitled to new upgrade options.

Each player can make a team of three Assassins and send them to all sorts of infiltration missions. For each mission, the player needs to combine the various characters and skills to succeed. More successful standard missions lead to more resources that are key to level up your Assassins. On the other hand, Loot missions bring materials that are key to crafting new weapons and items.

On top of the standard and loot missions, players can go on Legacy missions or Story. On those missions, they can unlock new Assassins by gathering DNA fragments.

First, you need to select the perfect team of assassins for every mission. Every mission brings something unique, and because of that, you need to be very careful which Assassins you choose as every one of them has a specific set of skills. 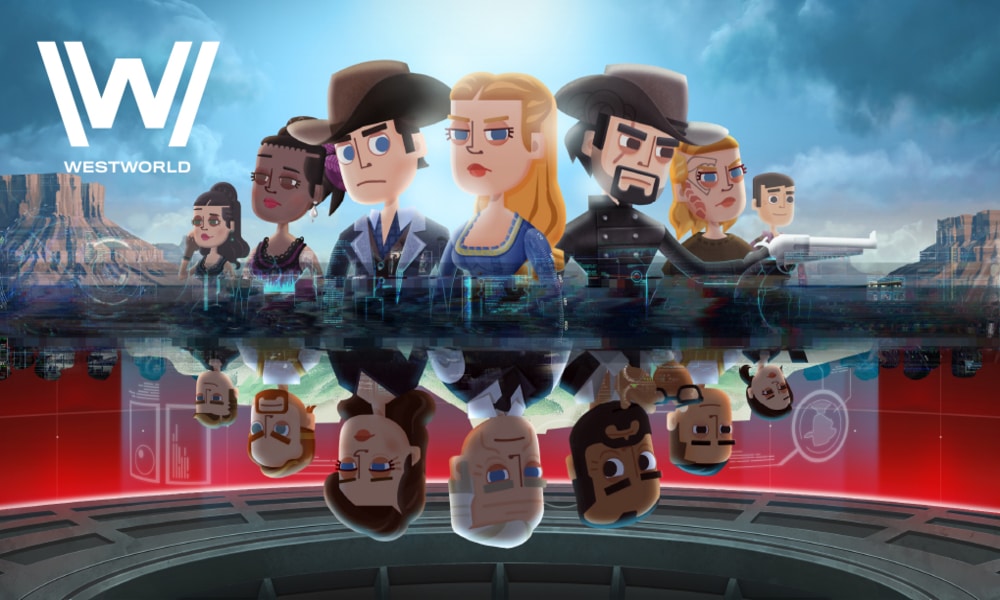 HBO’s Westworld season 2 may be gone, but our thirst for it is still here. While we wait for season 3 to come out, we can still enjoy the exciting world of Westworld by playing the Android game. The Westworld game for Android was developed by Behaviour Interactive with the close collaboration of the producers of the series and WB Games San Francisco.

New players will assume the role of new Delos employee that will need to learn and manage the park as they see fit. They will be able to work in various locations in the park while maintaining more than 170 hosts. One of the more significant tasks will be matching the hosts with guests to satisfy all of their desires. What that means is you will be able to create a new Westworld, build around your way of thinking about how things should be done. The game includes well familiar characters from the series such as Delores, Maeve, Bernard, and others.

The game will take place on two levels:

Managing the hosts is critical to the player’s success. Unhappy guests can quickly eliminate them. Also, using them continuously over and over will lead to glitches that you will need to fix. You will be able to do so by putting them into critical analysis to improve their functions.

The game is free to play, with in-app purchases available for the most devoted players. 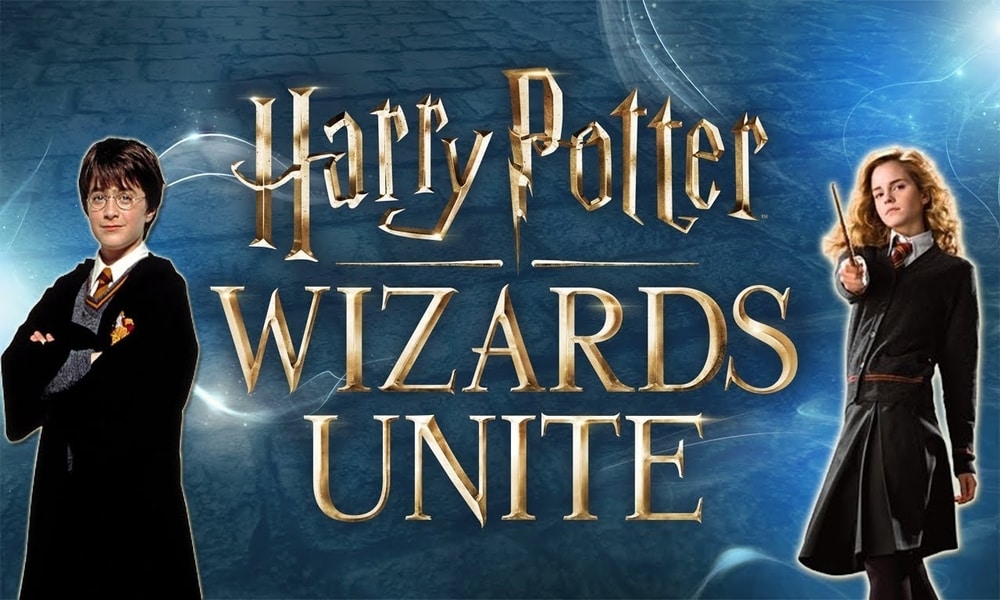 Harry Potter: Wizards Unite for Android is on its way to make its debut. However, there is no official statement as to when is that to happen. While we wait for the game to be open to the public here is what we know so far about it and what is fair to assume, we will see once it is out.

True to the origins

It will be free to play, location-based AR game that will mostly follow J.K Rowling’s writing, as well as Harry Potter movies. The game is developed by Niantic, the studio that gave us Pokémon Go, and Portkey games, a company owned by Warner Bros. The same Warner Bros that are responsible for the entire Harry Potter franchise.

The gameplay of Harry Potter: Wizards Unite for Android is expected to be much like the one seen with Pokémon Go. The players will get the opportunity to battle against creatures from Harry Potter, as well as from the Fantastic Beasts movies. How the two worlds will be mixed, no one can tell for sure.

At first, it is supposed to see the standard items collecting, location exploring, and generally building up your wizard’s powers. But, imagine for a moment what happens when people start visiting real-life locations that are also seen in Harry Potter, or in the Fantastic Beasts movies to that end. No one knows what kind of surprises may layover there. It is fair to assume that the creators will be creative. 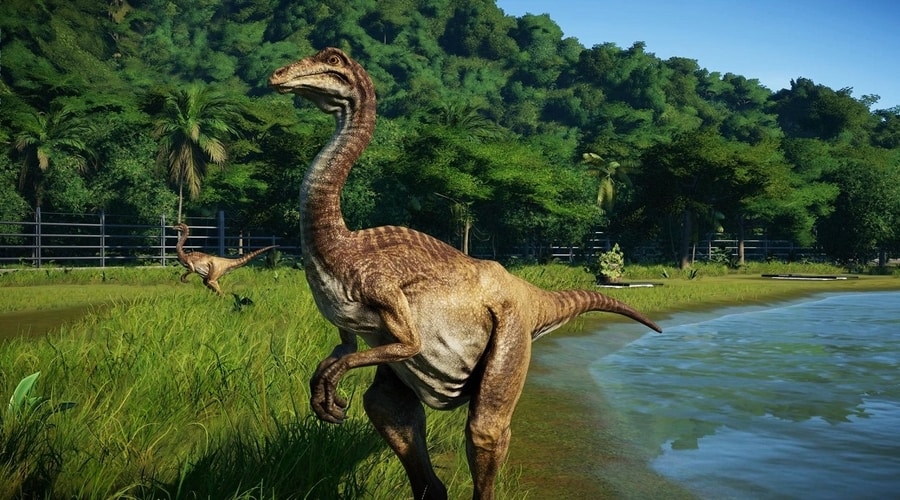 Jurassic World: Evolution is a location-based AR game for both Android and iOS. The game shares quite a few features with Pokémon Go. The main difference is that instead of tracking, collecting, and battling with monsters; you get to do all that with dinosaurs.

How to enter The Dino World?

In the beginning, you are guided by Claire (yes, the same Claire from the movie) that explains the ground rules. Next, you will be directed to start collecting DNA samples from Dinosaurs. To create one Dinosaur, you will need to collect a certain amount from that species alone. This means you will need to have a few walks around your neighborhood before bringing to life your first dino.

Even though technically you started the moment you opened the game, the real deal begins once you create at least four dinosaurs. That is the minimum requirement to go out and challenge other ones in battle.

To make the fun even better, the creators of the game decided to allow players to create hybrid dinosaurs, just like in the movies. We all know how that turned out in the movies. In a way, the only limit you can have is your imagination and literally how far are you willing to go (walk) for the sake of playing.

The battery is what will suffer the most from your dinosaur hunting expeditions. Therefore, make sure that your smartphone is fully charged or you have a portable charger with you. Other than that, go and gather your herd of dinosaurs. 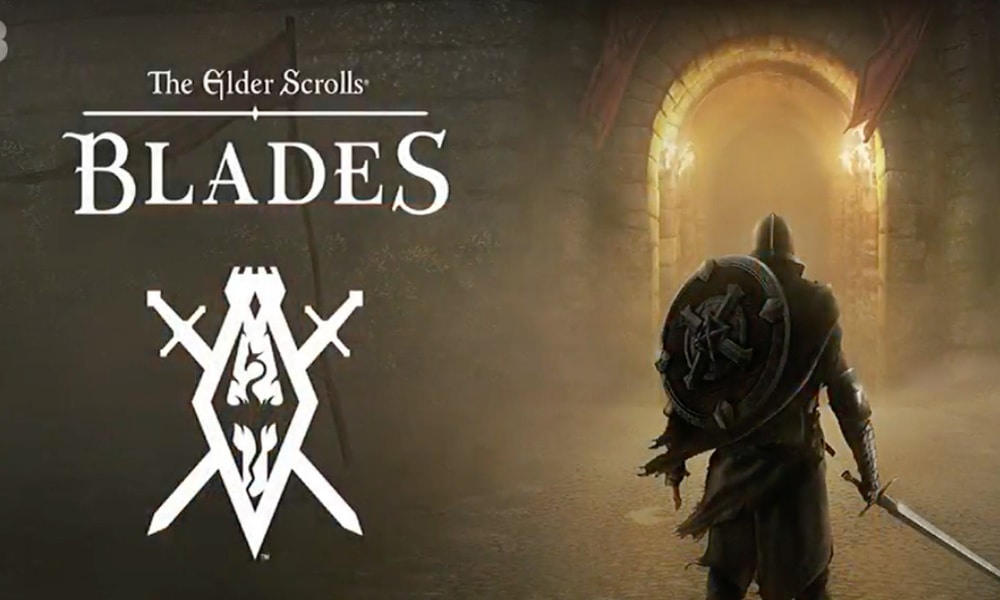 The Elder Scrolls Blades is another legendary game coming for Android this summer. Todd Howard, the director of the game, said that it would be a massive RPG with the graphics quality matching those of a console.

The Elder Scrolls is an iconic game to millions of players worldwide. Since its introduction in 1994, its cult followers have been playing this action role-playing game on all sorts of platforms and operating systems. In the past, the Elder Scrolls universe was present on various platforms; MS-DOS, Microsoft Windows, Xbox, PlayStation, and so on. The latest announcement is that the game is coming for Android this autumn.

What can we expect?

Tom Howard, the director of the game, offered a glimpse into what can be expected during the on-stage presentation of “The Elder Scrolls: Blades” at the E3 game show in LA. Here are some of his most important points:

In addition to that, Howard also said that it would be possible to play the game in VR directly from your smartphone, as well as on PC and consoles. What he didn’t do is set a date when the VR and other platforms will come to play. It is fair to say that that will happen at some point in 2019.