Mobile games have gone beyond their purpose of just being a source of relaxation. It is a source of entertainment and joy and even communication these days. It is also a method of living another life, even if it is for a very brief period of time.

Such games that allow the user to play as a character in the game are known as role-playing games or RPGs. One such role-playing game that seems to have the most unique features to it is the God Punch Idle Defense. Read on to know more about this game and why we call it unique out of the rest of the role-playing games available out there. 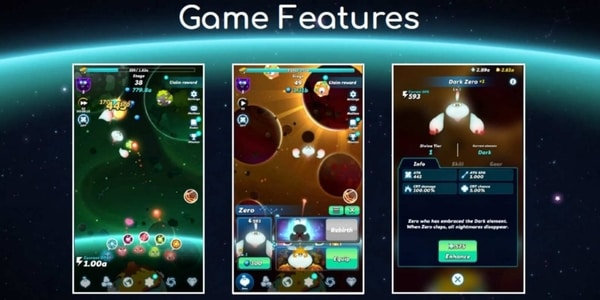 Probably the first element that makes this game different from the rest is that it offers exciting rewards to the people who pre-register for God Punch Idle Defense. 1000 pre-registrants will receive 250 golden core (a component of the game) that they would have had to play the game and progress through many levels to earn. Then another 3000 pre-registrants will get 50 origin shards each, consisting of Wood, Fire, Water, Light, and Dark.

Basically, the user in God Punch Idle Defense plays the role of Zero, a godling created to save earth from enemy forces. The main enemy force is the Abyss, which is chaos in the universe. It is Gaia (order) who has created Zero to save earth from Abyss as Abyss has shut down the five elements which used to help Gaia to maintain balance in the universe.

You will have to defeat many meteors who come towards earth with the sole purpose of destroying it. You can also take rebirths and these only make you stronger in the progress of the game.

There are many exciting weapons, gears, and equipment that you can use in the game such as helmets, gloves, etc. There are almost 50 mini gods constituting various elements. Collect them to form a team to help you in the battle.

Throughout the game, you can observe the growth and changes in earth as it goes through many eras such as the Mesozoic era, the Modern age, etc. As you play on, you realize you are the savior of the earth.

To conclude, God Punch Idle Defense is a great game for the future to realize the importance of saving the planet. So go on and pre-register and win cool rewards! Happy gaming and saving the earth, Zero.